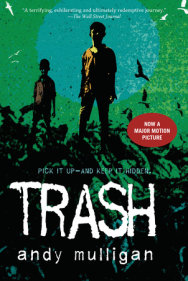 George Washington Spymaster: How the Americans Outspied the British and Won the Revolutionary War by Thomas B. Allen. Non-Fiction.

A non-fiction narrative that details the stories of the men and women who spied, for both sides, during the American Revolution, as well as the methods they used.

My Two Cents:  This was one of the top 5 books on my “Mind the Gap” list.  As I’ve said before, non-fiction is not my cup of tea… and now I know why.  (My apologies to the author.)  This book reads very much like a text book.  If you like that style of writing you’ll love this book.  There are a lot of facts, names, places, and dates dropped in each paragraph, but for me, not enough descriptive text to help me visualize what I was reading.  As a result everything just became jumbled in my head.  In my opinion, he includes an overabundance of parenthetical references and asides, to the point of distraction.  To add to my confusion the chapters were not necessarily chronological, which meant that I felt like I was in a time loop.  Again, I’m sure this is because of my reading style, but when I read a date or a name, I really needed to focus and concentrate to internalize it.

All of my prejudice aside, the subject matter is quite interesting.  Allen has hidden messages throughout the book and has more explanations on his website.  His well-researched volume includes several appendices, including a timeline, a glossary of spy terms, and Washington’s actual code, among others.  He also intersperses plenty of primary source material and utilizes end notes to explain some of the quotes and sources of information.

Final Word(s): Good for the right audience (but not me) 😐

I just finished George Washington Spymaster by Thomas B. Allen (book review to follow soon.) The book is all about the spying and deception that took place during the American Revolution.  The author explains many ways in which spies for both the Patriots and the British created secret codes to mask messages.  One of the ways was the “book code.”  I’m already familiar with this type of code because I’ve watched National Treasure about seven million times.  (Remember the scene where Riley keeps paying the little boy to bring back the words?) The code uses three number which correspond to a specific page, line and word of a specific text.  For example:

The person trying to decipher the word would need to know what book to use as a key, and have access to that book.  In my example the book is George Washington Spymaster and the corresponding word is… L_Y.  (I’ll let you figure out that one on your own!)  There were a few more guidelines that went along with this, but that’s the gist.

I started thinking about how it might be fun to have the students create their own coded messages.  After discussing the “book code,” the students could write reviews or summaries about a books that they have read.  They would then code the message using the book itself as the cipher.   As the process is a little cumbersome, it might be prudent to have them only create one or two sentences.  The code could be written on a sticky note and placed on the front flyleaf of the book so that others could try to figure out the message.  This could also be a center activity.  How can you see this activity panning out?